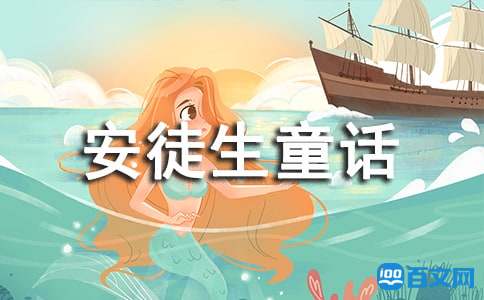 It is lovely here in summer! said she. And she flew past old castles of by-gone days of chivalry, where the red walls and the embattled gables were mirrored in the canal, where the swans were swimming, and peered up into the old cool avenues. In thefields the corn was waving like the sea; in the ditches red and yellow flowers were growing; while wild-drone flowers, and blooming convolvuluses were creeping in the hedges; and towards evening the moon rose round and large, and the haycocks in the meadows smelt so sweetly. This one never forgets! It is lovely here in autumn! said the little maiden. And suddenly the atmosphere grew as blue again as before; the forest grew red, and green, and yellow-colored. The dogs came leaping along, and whole flocks of wild-fowl flew over the cairn, where blackberry-bushes were hanging round the old stones. The sea was dark blue, covered with ships full of white sails; and in the barn old women, maidens, and children were sitting picking hops into a large cask; the young sang songs, but the old told fairy tales of mountain-sprites and soothsayers. Nothing could be more charming. It is delightful here in winter! said the little maiden. And all the trees were covered with hoar-frost; they looked like white corals; the snow crackled under foot, as if one had new boots on; and one falling star after the other was seen in the sky. The Christmas-tree was lighted in the room; presents were there, and good-humor reigned. In the country the violin sounded in the room of the peasant; the newly-baked cakes were attacked; even the poorest child said, It is really delightful here in winter! Yes, it was delightful; and the little maiden showed the boy everything; and the Elder Tree still was fragrant, and the red flag, with the white cross, was still waving: the flag under which the old seaman in the New Booths had

sailed. And the boy grew up to be a lad, and was to go forth in the wide world-far, far away to warm lands, where the coffee-tree grows; but at his departure the little maiden took an Elder-blossom from her bosom, and gave it him to keep; and it was placed between the leaves of his Prayer-Book; and when in foreign lands he opened the book, it was always at the place where the keepsake-flower lay; and the more he looked at it, the fresher it became; he felt as it were, the fragrance of the Danish groves; and from among the leaves of the flowers he could distinctly see the little maiden, peeping forth with her bright blue eyes–and then she whispered, It is delightful here in Spring, Summer, Autumn, and Winter and a hundred visions glided before his mind.Thus passed many years, and he was now an old man, and sat with his old wife under the blooming tree. They held each other by the hand, as the old grand-father and grand-mother yonder in the New Booths did, and they talked exactly like them of old times, and of the fiftieth anniversary of their wedding. The little maiden, with the blue eyes, and with Elder-blossoms in her

hair, sat in the tree, nodded to both of them, and said, To-day is the fiftieth anniversary! And then she took two flowers out of her hair, and kissed them. First, they shone like silver, then like gold; and when they laid them on the heads of the old people, each flower became a golden crown. So there they both sat, like a king and a queen, under the fragrant tree, that looked exactly like an elder: the old man told his wife the story of Old Nanny, as it had been told him when a boy. And it seemed to both of them it contained much that resembled their own history; and those parts that were like it pleased them best. Thus it is, said the little maiden in the tree, some call me 'Old Nanny,' others a 'Dryad,' but, in reality, my name is 'Remembrance'; 'tis I who sit in the tree that grows and grows! I can remember; I can tell things! Let me see if you have my flower still? And the old man opened his Prayer-Book. There lay the Elder-blossom, as fresh as if it had been placed there but a short time before; and Remembrance nodded, and the old people, decked with crowns of gold, sat in the flush of the evening sun. They closed their eyes, and–and–! Yes, that's the end of the story!The little boy lay in his bed; he did not know if he had dreamed or not, or if he had been listening while someone told him the story. The tea-pot was standing on the table, but no Elder Tree was growing out of it! And the old man, who had been talking, was just on the point of going out at the door, and he did go. How splendid that was! said the little boy. Mother, I have been to warm countries. So I should think, said his mother. When one has drunk two good cupfuls of Elder-flower tea, 'tis likely enough one goes into warm climates and she tucked him up nicely, least he should take cold. You have had a good sleep while I have been sitting here, and arguing with him whether it was a story or a fairy tale. And where is old Nanny? asked the little boy. In the tea-pot, said his mother; and there she may remain.