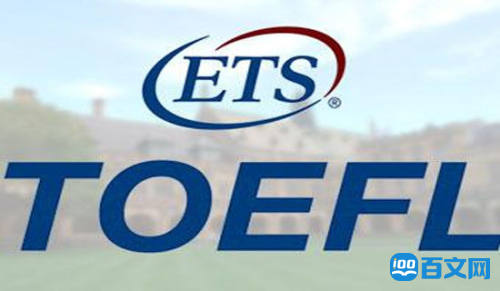 The Native American peoples of the north Pacific Coast created a highly complex maritime culture as they invented modes of production unique to their special environment. In addition to their sophisticated technical culture, they also attained one of the most complex social organizations of any nonagricultural people in the world.

In a division of labor similar to that of the hunting peoples in the interior and among foraging peoples throughout the world, the men did most of the fishing, and the women processed the catch. Women also specialized in the gathering of the abundant shellfish that lived closer to shore. They collected oysters, crabs, sea urchins, mussels, abalone, and clams, which they could gather while remaining close to their children. The maritime life harvested by the women not only provided food, but also supplied more of the raw materials for making tools than did fish gathered by the men. Of particular importance for the native tool kit before the introduction of metal was the wide knife made from the larger mussel shells, and a variety of cutting edges that could be made from other marine shells.

The women used their tools to process all of the fish and marine mammals brought in by the men. They cleaned the fish, and dried vast quantities of them for the winter. They sun-dried fish when practical, but in the rainy climate of the coastal area they also used smokehouses to preserve tons of fish and other seafood annually. Each product had its own peculiar characteristics that demanded a particular way of cutting or drying the meat, and each task required its own cutting blades and other utensils.

After drying the fish, the women pounded some of them into fish meal, which was an easily transported food used in soups, stews, or other dishes to provide protein and thickening in the absence of fresh fish or while on long trips. The woman also made a cheese-like substance from a mixture of fish and roe by aging it in storehouses or by burying it in wooden boxes or pits lined with rocks and tree leaves.

1. Which aspect of the lives of the Native Americans of the north Pacific Coast does the passage mainly discuss?

(A) Methods of food preservation

(B) How diet was restricted by the environment

(C) The contributions of women to the food supply

2. The word "unique" in line 2 is closest in meaning to

3. The word "attained" in line 3 is closest in meaning to

4. It can be inferred from paragraph 1 that the social organization of many agricultural peoples is

(A) more complex than that of hunters and foragers

(B) less efficient than that of hunters and foragers

(C) more widespread than that of hunters and foragers

(D) better documented than that of hunters and foragers

5. According to the passage , what is true of the "division of labor" mentioned in line 5?

(A) It was first developed by Native Americans of the north Pacific Coast.

(B) It rarely existed among hunting

(C) It was a structure that the Native Americans of the north Pacific Coast shared with many other peoples.

(D) It provided a form of social organization that was found mainly among coastal peoples.

6. The word "abundant" in line 7 is closest in meaning to

7. All of the following are true of the north Pacific coast women EXCEPT that they

(B) contributed more materials for tool making than the men did

(C) sometimes searched for food far inland from the coast

(D) prepared and preserved the fish

9. The Native Americans of the north Pacific Coast used smokehouses in order to

(B) prevent fish and shellfish from spoiling

(C) have a place to store fish and shellfish

10. The word "peculiar特别的，独特的" in line 19 is closest in meaning to

11. All of following are true of the cheese-like substance mentioned in paragraph 4 EXCEPT that it was

(A) made from fish

(B) not actually cheese

(D) made in a short period of time